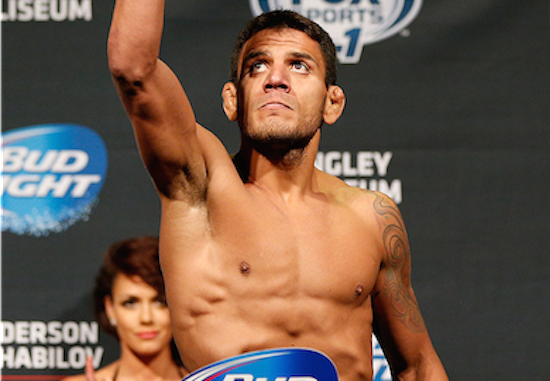 “I think people started talking more about me after that fight [against Benson Henderson], but I think my big dream is still coming. I have a fight against a top guy, Nathan Diaz, on Dec. 13. My focus is on that fight right now, and I’m looking forward beating him and getting my title shot.”

“I was surprised because he hasn’t fought in a year, and he’s not in the top 10. I wanna be in shape, stay active.
…

“Melendez fought three times in the UFC. His first fight was the title and he lost. He almost lost to Diego Sanchez, it was a tough fight, and he’s fighting for the title again. In my opinion, it’s not fair. After I beat Nate Diaz, I think I deserve a title shot.”