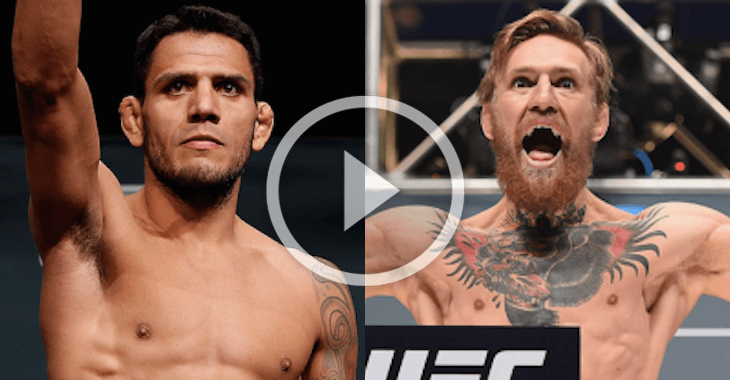 UFC lightweight champion Rafael dos Anjos got into it a little bit with interim featherweight champion Conor McGregor, back at the ‘GO BIG’ press conference.

McGregor said he would come up to lightweight and give him the big money fight, or the ‘red panty’ fight as he put it. Dos Anjos mostly just smiled and fired back with a few name calls.

Well recently his coach, Rafael Corderio of Kings MMA, talked to GNP1 TV and said that McGregor’s justs a joker and need to stay down in the featherweight division, or he’s going to get killed by the lightweights.