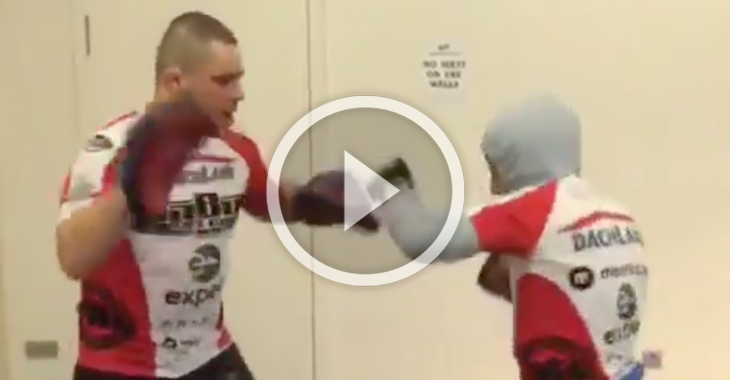 UFC strawweight champion Joanna Jedrzejczyk will put her title on the line tomorrow in Berlin, Germany when he faces Jessica Penne.

Ahead of that bout, check out this video of the champ hitting the pads.

NO, this is not sped up!

Do you think Penne will be able to handle the striking of Jedrzejczyk, or will the champ successful defend her title for the first time?