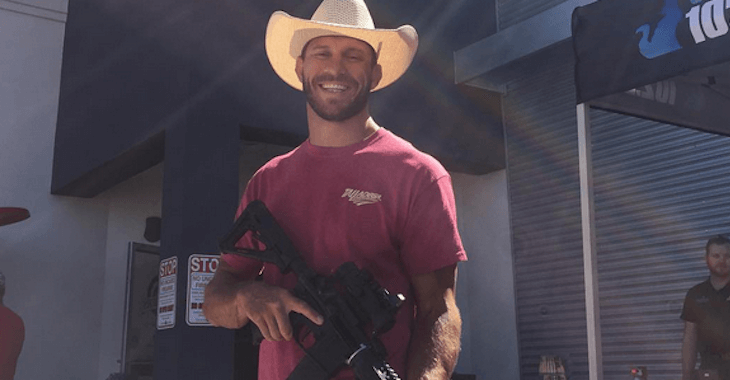 Donald Cerrone has officially signed the dotted line and he will be first in line to challenge Rafael dos Anjos for his UFC Lightweight Championship. The fight goes down in December and will headline winter’s “UFC on FOX 17” card in Orlando, Florida. While Cerrone is no doubt already training for his first UFC title shot, he is still taking the time to have some Sunday Fundays!

The challenger’s only weapons aren’t the ones he knocks and chokes his opponents out with every time he steps into the octagon. Cerrone recently stopped by the gun store to pick up a diesel suppressed 300 Blackout with supersonic rounds. Check it out in the video and pictures below!

Is Cerrone going to get into the history books with a championship win in December? Share your prediction in the comment section below!