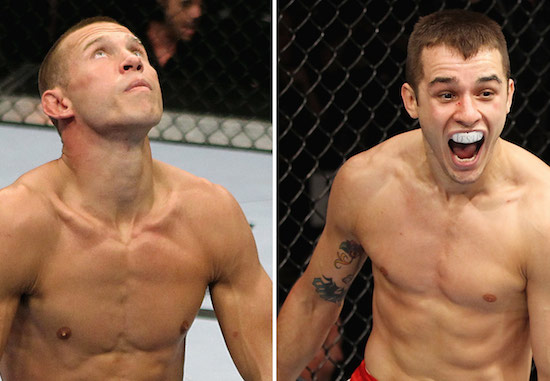 Cerrone and Jury were originally slated to fight at January’s “UFC Fight Night 59” in Boston. However, due to some recent card shuffling by the UFC, the pair of lightweight contenders will now do battle on Pay-Per-View.

Donald Cerrone (25-6 MMA, 12-3 UFC) is currently riding a five-fight win streak, with four of those five victories coming by form of stoppage. “Cowboy’s” most recent effort saw him score a unanimous decision win over former Bellator lightweight champion Eddie Alvarez at September’s UFC 178 event in Las Vegas. Cerrone has earned “Performance of the night” bonuses in 4 of his past 5 octagon appearances.

Meanwhile, Myles Jury (15-0 MMA, 6-0 UFC) will be looking to make a statement when he faces “Cowboy” this January in Sin City. “Fury” has gone a perfect 6-0 inside the octagon, with his most recent win coming over former Pride champion Takanori Gomi via first-round TKO at September’s UFC Fight Night event in Japan. Prior to that win, Jury disposed of Diego Sanchez, scoring a lopsided unanimous decision win over the TUF veteran at March’s UFC 171 event in Dallas, Texas.