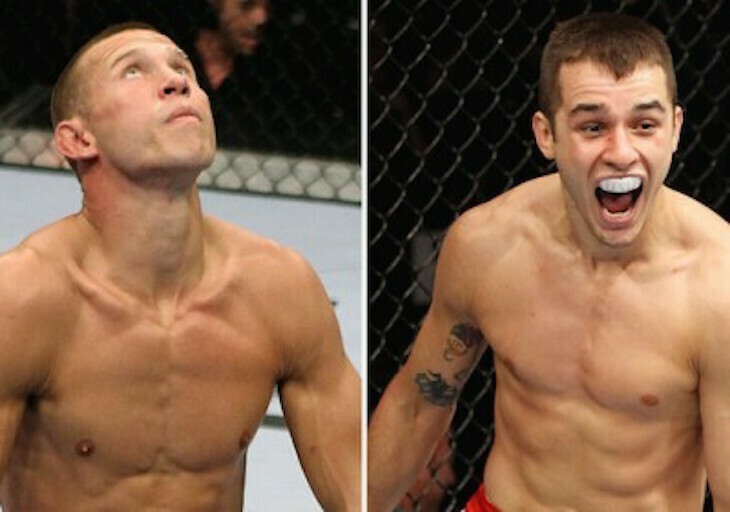 Donald Cerrone is gearing up for his UFC 182 bout against Myles Jury, and ahead of the bout is questioning Jury’s undefeated record, and looks to give him his first loss in the UFC.

“I thought he was undefeated. I was like, ‘Hell yeah.’ I didn’t realize he tried out for ‘The Ultimate Fighter’ and got dusted, so he’s not f-cking undefeated.”

“I wouldn’t say I’m gunning for the kid. His win over Diego (Sanchez), him saying, ‘Oh, I can’t believe I beat him that easy,’ that he’s ‘taking out veterans’ and that’s what he does – I didn’t like it. I don’t dislike him more than anybody else I would say, but now it’s time to prove it.”

“He’s undefeated because they counted his ass whooping as an exhibition match. He’s not undefeated in my book. He got beat. If he’s this new-age fighter and the baddest motherf-cker on the planet like he says, then why didn’t he get through the dudes on ‘The Ultimate Fighter’?”

“As soon as I get through Myles, I’m going to be on the mic calling out whoever. Hopefully Khabib (Nurmagomedov) is ready because there’s a lot of talk about this Khabib dude. I’ve tried to fight him twice now, so I’m ready for a third time.”

“There were things I should have done different when I fought (Pettis), but I’m not making excuses. The son of a bitch kicked me hard, and I had no answer. I just crumbled. When I face him again, I will be ready this time.”

In case you missed the Cerrone vs. Jury segment of ‘Countdown to UFC 182’ you can watch it HERE.

Who do you have taking home the win this Saturday?