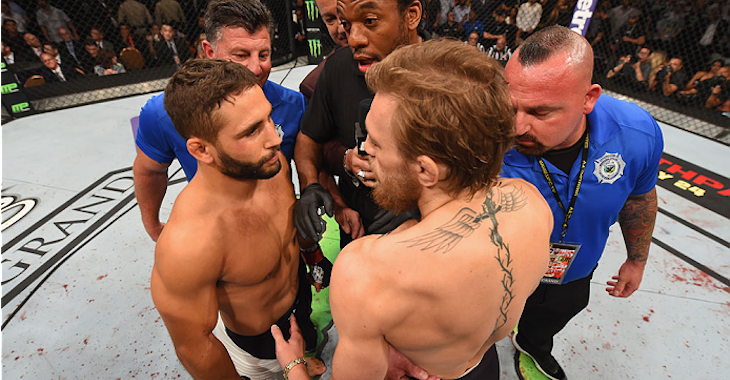 Conor McGregor walked into the octagon as the slight underdog at UFC 189 an walked out with gold slung over his shoulder. Chad Mendes proved to be a worthy opponent on Saturday evening by constantly putting McGregor on his back with takedowns throughout the fight. McGregor was repeatedly able to get back to his feet, however, where he would create distance between himself and Mendes before teeing off on his with powerful combinations.

UFC on FOX personality Dominick Cruz continues to be one of the best analysts; The former bantamweight champion called the fight perfectly! Only thing he left out was a round number, but we will let him pass on that.

The issue is not if Mendez can take Connor down,but if he can KEEP HIM THERE? Mcgregor wins with range/space,I believe by KO @MonsterEnergy

Who would you rather take gambling advice from? Conor McGregor on his own fights or Dominick Cruz?