We failed to cover the latest in Tito Ortiz tweets when he called out UFC bantamweight champion Dominick Cruz.

Mostly because we can’t cover all the crazy that is Tito all the time.

However, now that the ‘Dominator’ has addressed it publicly we will catch you guys up. 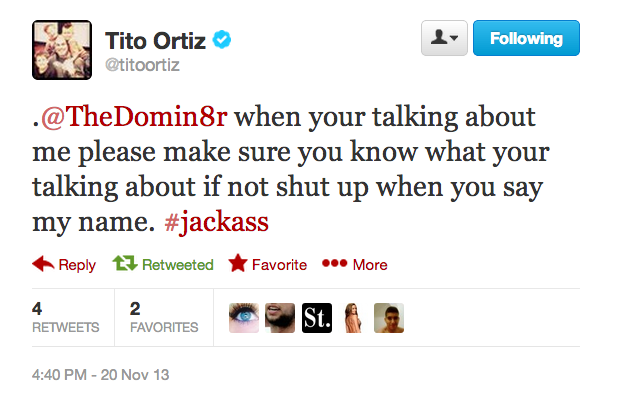 It all started with an interview the champ did on popular a XM Radio show and while in New York fighting for legalization of MMA, Cruz was stopped by Ariel Helwani and conducted the following interview.