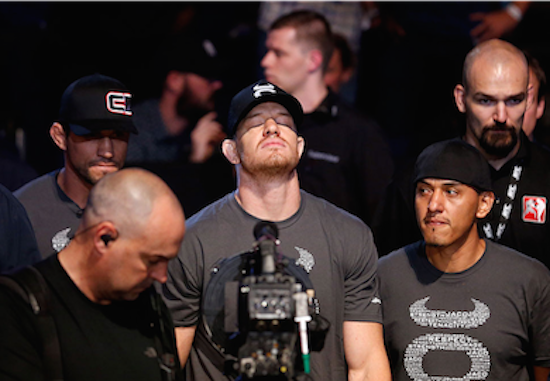 “It’s the kind of fight I wanted. I wanted to be in a five round fight. I wanted to be in there with a guy that’s going to get me into a title fight. I’ve suffered injuries in my career and I know how hard they are to come back from and I just feel like everything’s kind of lining up for me right now. It’s the best I’ve felt and the best I’ve been in my career. It’s time to take that step into a title fight. I believe a victory over Lyoto puts me right there.”

“The answer’s no. I don’t need another fight. I’ll be ready. I don’t want to take that risk of suffering another injury or something. I’ve come back from two of them, two major surgeries, and I know you don’t come back the same as you were before. It’s hard to work through those and I don’t want to take that risk. If I can get the job done against Lyoto — I want a title fight.”

This weekend, on FOX Sports 1, CB Dollaway fights Lyoto Machida in the UFC Fight Night 58 main event. CB has some high-expectations for himself going forward, should he win.