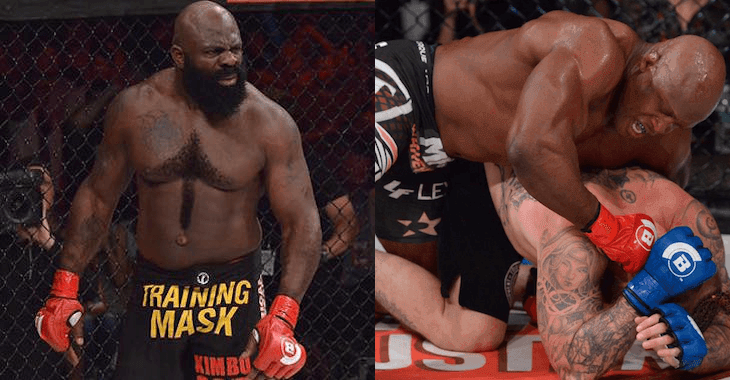 Is a fight between Bobby Lashley and Kimbo Slice the next big hit for Bellator?

Basically the fight sounds like it can happen if there is enough buzz from fans to give the Bellator heads a reason to book it.

Lashley, who has a rematch against James Thompson this Friday at Bellator 145, spoke with MMA Junkie on the potential match between the Internet sensation turned MMA veteran Kimbo Slice.

“Bellator is big on putting those big fights together, and I think if they get something like Kimbo and myself, that would be a big fight,” he said. “If Bellator needs something or wants something, then I’ll leave it up to them.”

Lashley is not campaigning for the fight, as the two are cordial friends and teammates at Florida’s American Top Team but addressed the questions asked in the interview.

“One, I’m good friends with Kimbo,” Lashley said. “Two, he is (American Top Team). But at the end of the day, if monetarily it makes sense, and they spoke to Kimbo and Kimbo was wanting to do it, I wouldn’t decline it.”

So MMA fans, do you see this being a hit for Bellator? Let us know who you see winning this heavyweight match in the comment section below!