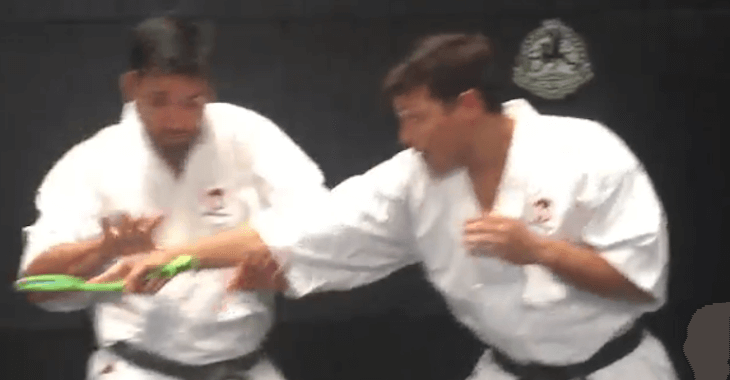 Mixed martial arts is one of the few sports where training its discipline can actually reward you in a real life situation. It’s rare, but it’s a wonderful thing when a MMA fighter is in the right place in the right time and can stop something like a bank robbery from happening.

Former UFC Light Heavyweight Champion Lyoto Machida wants to offer some help to those wondering how to defend a knife attack.

Former UFC Light Heavyweight Champion Lyoto Machida wants to do his part in preparing fans for the dreaded lunging knife attack. Ever wonder how to counter a guy’s attempt at stabbing you into a spinning kick? Check out the video below to learn!