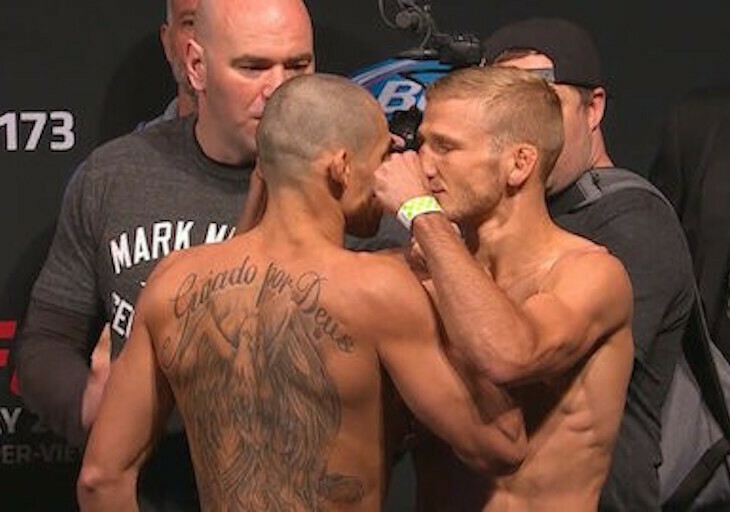 The UFC has officially announced the main event for UFC 186 on April 25th.

TJ Dillashaw will be defending his bantamweight strap from the very man he defeated to win it, Renan Barao.

Dillashaw defeated Barao back at UFC 173 in May of 2014 to become the bantamweight champion, upsetting Barao, who was a heavy favorite going into the bout.

The UFC scheduled a rematch for UFC 177 in August, however Barao passed out while cutting weight and Joe Soto stepped in to fight Dillashaw.

This comes after the UFC announced the rest of the main card, which is now as follows:

Who do you have winning the bout?