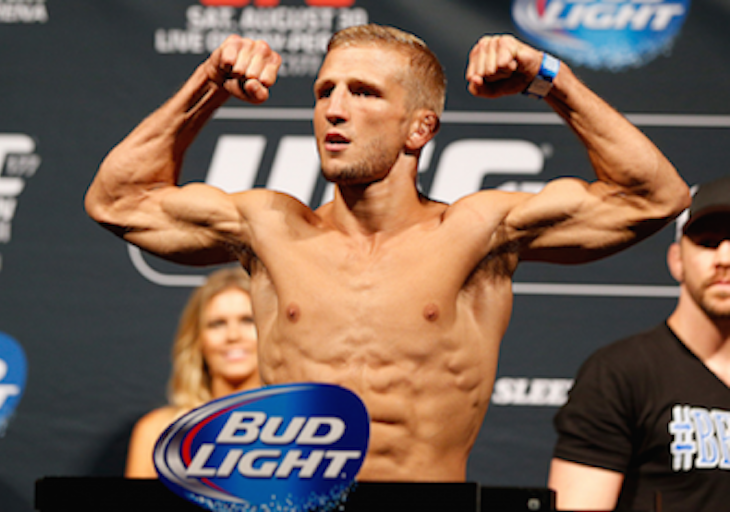 UFC President Dana White has stated that if Conor McGregor defeats Dennis Siver on Sunday at UFC Fight Night Boston, that he will go on to fight Jose Aldo for the UFC featherweight title.

If McGregor doesn’t defeat Siver however, UFC bantamweight champion TJ Dillashaw wants the next crack at Jose Aldo, likely to avenge his teammate Chad Mendes’ loss to Aldo at UFC 179.

“Now would be the time, because I don’t have anyone to fight,

“I know they want to give him McGregor, so I’m going to keep my fingers crossed that McGregor loses to Siver. I don’t see how it’s going to happen, but if that happens, hopefully I can call out Aldo. That’d be so sweet to be the first one to hold two belts at the same time.”

Would you want to see Dillashaw vs. Aldo?