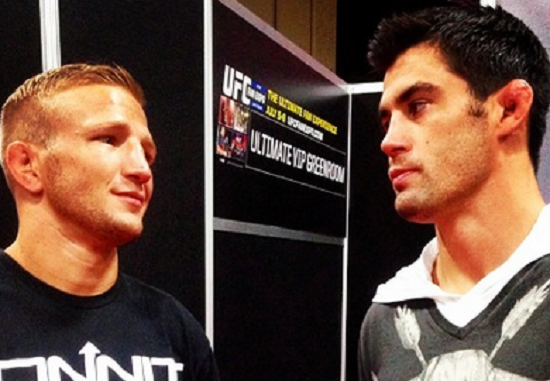 “Of course that I absorbed a little of what he does and transformed this in my own way of doing. You can’t copy exactly what he does, you have to develop your own style. But, yes, I studied him a lot and I needed to be him while training with Urijah. I also know the holes and the weaknesses of Cruz’s game because I was trying to instruct Urijah. Then I brought that strategy for my bout. Against Renan Barao, I moved my feet a lot and that’s what Cruz does. But I think that I was a little more technical and dangerous than him. I think that I’m as elusive as him, but better.”