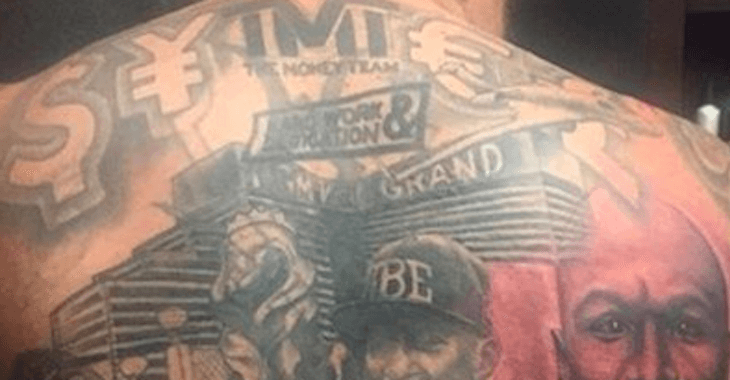 Fans have been extremely passionate while voicing their opinion on Floyd Mayweather’s style of fighting in his recent bouts. “Money’s” fights with Manny Pacquiao and Andre Berto left more to be desired in terms of action and fans and fighters alike have voiced their disapproval of his style of fighting on social media.

It’s not often you see fans praise Mayweather’s elusiveness, though. This gentleman is such a diehard fan of Floyd that he decided to get a tattoo of the undefeated king on his back! Check it out in the picture below, and Mayweather’s response!

I love my loyal fans. @martin50tbe, I love you my friend. Thanks for 20+ years of support. Fans like you are the reason why I win in and out of the ring.

Is there a fighter on the UFC roster or in their Hall of Fame that you would get a tattoo of? Share your thoughts on this guy’s tattoo in the comment section below!