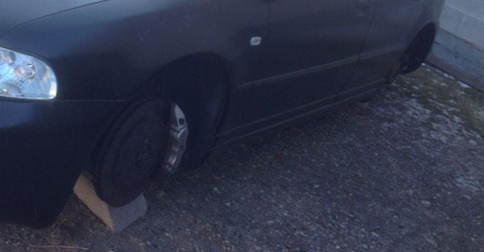 Most men like fast, customized rides they can call their own.

Diego Sanchez is no different. Which is why when his whip got jacked earlier this week, the fan-favorite fighter took to twitter to spread awareness and offer a reward.

The car was found shortly after:

Now let's hope Insurance does it's job and get the car fixed that's why I pay Full coverage pic.twitter.com/exReMEM6ue