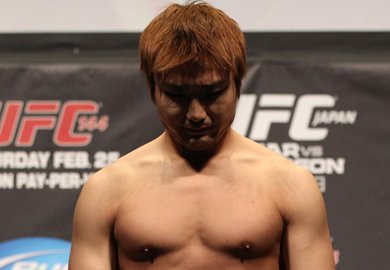 UFC fighter Diego Sanchez (23-5) has announced via his twitter that he is fighting Takanori Gomi (34-8, 1 NC) in Japan. The fight will likely take place at the UFC’s March card that is slated for Japan after a successful venture their last February.

This is Sanchez’s return to the lightweight division after a stint at welterweight that ended with a loss to Jake Ellenberger back in February. Sanchez will be looking to make a dominate title run as he once rose the ranks to challenge then champion, B.J. Penn for the 155-pound strap.

For Gomi, he is coming off of an exciting win over Mac Danzig at UFC on FUEL TV: Macao where he won ‘Fight of the Night’ honors.

This fight will accompany a fight between Brian Stann and Wanderlei Silva at an unannounced weight class. With the announcements of these two fights today, this card will surely be one worth watching.

The other two fights on the card include: