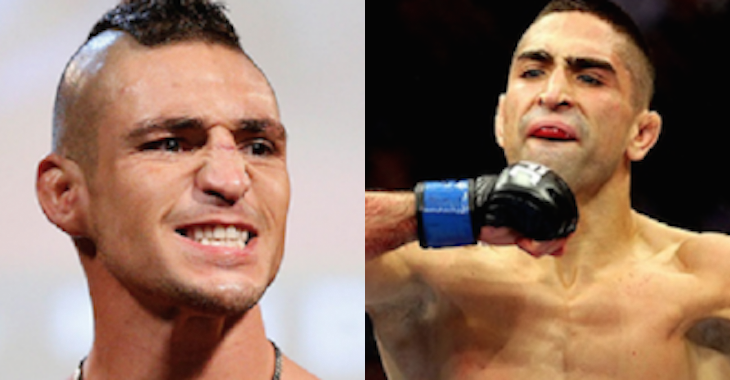 The last TUF 1 cast member on the UFC’s roster, Diego Sanchez, will now be making another jump down in weight, this time to the featherweight division.

Announced on UFC.com, Sanchez will be making his 145 lb. debut against former title challenger Ricardo Lamas.

The fight will take place in Mexico at the UFC Fight Night that will be held on Nov. 21.

This will mark the fourth weight class that Sanchez has competed at during his career.

Who do you have taking this one?