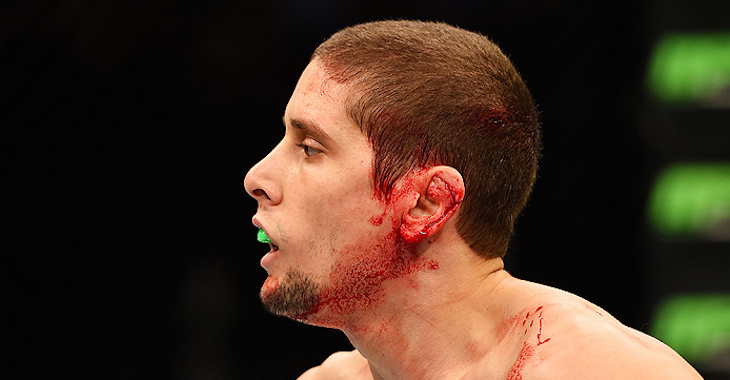 UFC featherweight Diego Brandao landed a nasty elbow to the ear of Jimy Hettes last night at UFC on FOX 15. The blow cut the ear open so bad that between round 1 and 2 the doctor stopped the fight.

Some were disappointed with the stoppage, due to the exciting first round of action, but Brandao says it was probably for the best.

“It was really bad. Hettes didn’t want to stop it, but I think the judges called it right to stop it because his ear was in half – maybe it fell, off a piece of it there. So the stop is very good.”

“I’m kind of confused. The last time the fight didn’t happen, and now it’s happening but this isn’t the way I wanted it. So basically, I’m still not happy. I wanted a KO.”