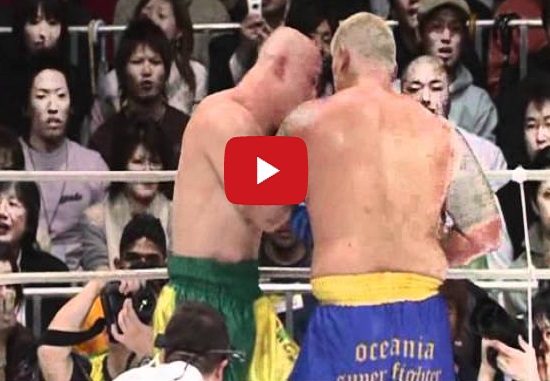 Take a look back to PRIDE 31 in February of 2006. Mark Hunt steps into the cage for his 6th professional fight against Yosuke Nishijima, riding a 3-fight win streak that has seen him defeat Dan Bobish, Wanderlei Silva, and Mirko Cro Cop.

Around a minute into the bout, Hunt grabs the rope and throws a jumping right head kick, which misses, but Hunt counters Nishijima with a left hook that lands hard, and drops Nishijima.

Skip to the 58 second mark for the kick.

So what do you think PENNation? Was this the first version of Anthony Pettis’ famed ‘Showtime Kick’?