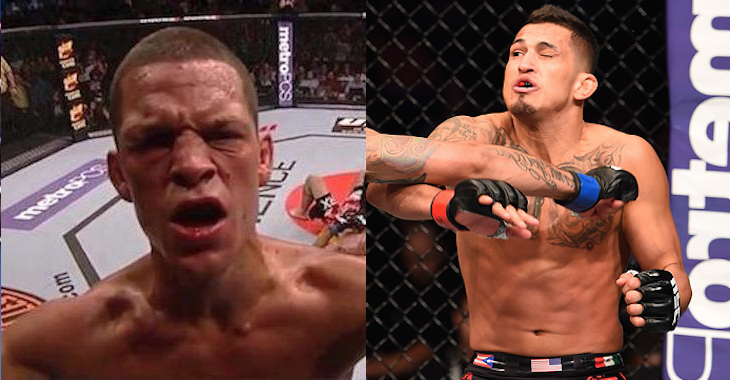 Nate Diaz is making it clear that when he returns to the octagon, he wants to be standing across Anthony “Showtime” Pettis. Never one to shy away from pointing out the elephant in the room, Diaz has taken to Twitter to put Pettis on the hot seat for repeatedly pulling out of fights.

I’m 23 fights deep in the @ufc since 21 I never pulled out a fight ur #bothmadefromglass #lolaturshittalkin #rookies pic.twitter.com/3EM9lBYGaO

Pettis’ UFC career has been riddled with injuries including two knee problems that kept him out of title fights. Pettis only defended his UFC Lightweight Championship twice in his one year and six month title reign.

Diaz has been on a mission to get this fight for years, and continued his calling out of Pettis after he lost his championship to Rafael Dos Anjos. Pettis responded to the call out by stating he’d be “down” to fight Diaz, so it looks like the only thing they’re waiting for is a contract and for Pettis to recover!

“UFC: Stockton vs. Milwaukee” has a nice ring to it. Who wants it?