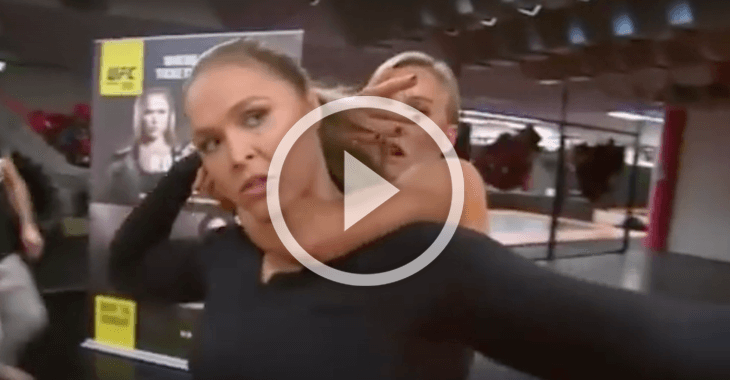 UFC bantamweight champion Ronda Rousey was currently in Melbourne, Australia to promote UFC 193 and her title fight against undefeated Holly Holm, which will go down on Nov. 14.

Rousey was all over the place while there, doing interviews and press conferences and meeting with fans. She also stopped by the show ‘A Current Affair.’ The female reporter went through some drills with Rousey on the mat, while she learned some moves like the armbar and the rear naked choke.

Ronda let her lock in the RNC on her, but when she tried to tap the reporter didn’t let it go. Rousey then has to reiterate that you’re supposed to let go when the person taps.