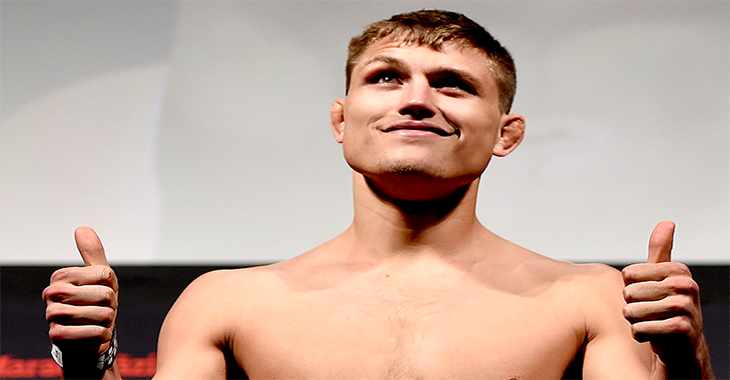 Last night at UFC Fight Night 62 the MMA world witnessed what is being refereed to as perhaps one of the most mind-boggling referee situations in UFC history.

In the bout, broadcast on FOX Spots 2, during the second round, the fight went to the mat where Dober got himself caught in a guillotine choke. Leandro Silva, Dober’s opponent, was on the bottom, with Dober in the half-guard position. In a baffling turn of events, referee Eduardo Herdy stepped in and stopped the fight, deeming Dober unconscious. The problem is that Dober was not unconscious and also in the process of freeing himself and being in a dominant position.

At the post-fight press conference, in which Dober did not attend, UFC president Dana White spoke about the fight.

“I know how athletic commissions are, and they like to protect their own, but everybody in this room and everybody on this planet knows that was bullsh*t.”

“The UFC can’t do anything, but it was horrible, It was ridiculous that anybody would think that was a tap.”

“That thing should be overturned and it should be a no contest. We’re going to pay the kid his win money. He was actually just slipping out of it and he was in top position.”

As White mentioned, it will be tough to get anything overturned, but we will have to wait and see. At least the guy got his money. What do you guys think, did you see the stoppage?