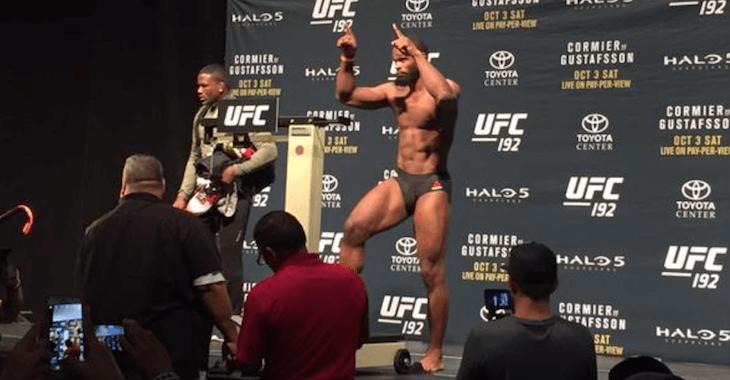 In a very interesting and somewhat honorable move on Friday, UFC welterweight Tyron Woodley came out before all the other fighters and stepped on the scale, to make-weight.

That’s despite the fact that he is no longer fighting Saturday, after his fight with Johny Hendricks was canceled early Friday morning due to a health issue with Hendricks.

The former welterweight champion, Hendricks, suffered an intestinal blockage and a kidney stone and was rushed to the emergency room late on Thursday. Thus, the fight was pulled from the card. In the aftermath, UFC president Dana White announced that Woodley would be getting the next title shot and that he thinks Hendricks needs to go up to middleweight.

Woodley decided to stick to his routine and weighed in anyway. It wasn’t official, but according to Brett Okamoto, he made the weight.

Tyron Woodley just weighed in. They didn't announce it, but looks like he made it. #😕 pic.twitter.com/CihmFwnp93