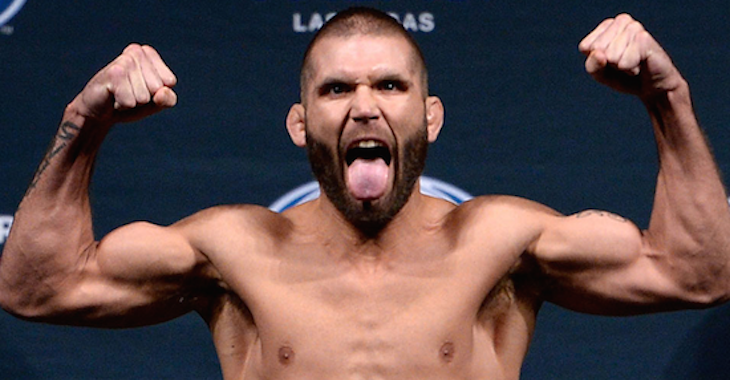 Dennis Bermudez was most recently seen in action at November’s UFC 180 event, where he suffered a first-round submission loss to former title challenger Ricardo Lamas. Prior to the setback, “The Menace” had put together an impressive seven-fight win streak, which included wins over Max Hollaway, Clay Guida and Jim Hettes.

Meanwhile, Jeremy Stephens will be looking to rebound, this after suffering back-to-back losses in his most recent octagon appearances. “Lil Heathen” was most recently seen in action at December’s “TUF 20 Finale” event, where he suffered a unanimous decision loss to Charles Oliveira. Since moving down to the UFC’s featherweight division in 2013, Stephens has gone 3-2.

Who do you have winning this featherweight tilt? Sound off Penn Nation!