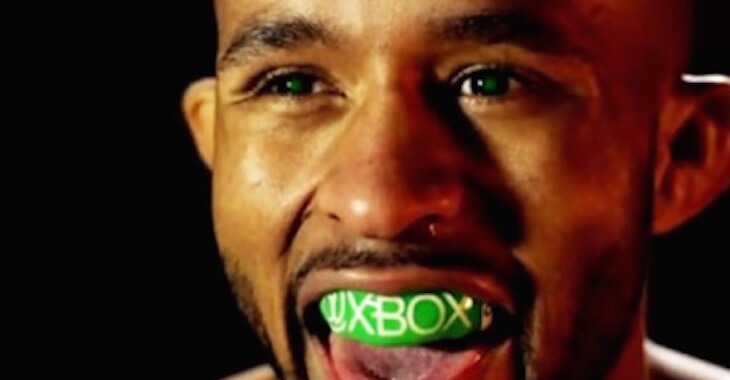 The UFC’s flyweight champion, Demetrious Johnson will step into the octagon and take on John Dodson at tonight’s UFC 191, taking place in Las Vegas.

The two will meet for the second time after a very competitive and action packed first fight. This will be the first time Johnson has fought under the new Reebok sponsorship deal.DJ is one of those fighters who has a major sponsor that he’s associated with, for him, it’s Xbox.

The gaming company has graced the fighter’s shorts for a lot of his fights but now, because of Reebok, that will no longer be the case. In fact he isn’t even allowed to wear any Xbox stuff leading up to the fight during fight week.

Johnson was asked about the sponsor by MMAFighting and he told them that he’s sort of on standby with them, if there’s an opportunity for him then they will work with him, but he knows that losing that prime time spot in the octagon isn’t ideal for Xbox.

“I’m still in touch with them. If any opportunities come up, then if I fit that role I’ll be reached out. Other than that, it’s just not there.”

“All the sponsors out there, they’re looking for that prime-time spot, that’s what they’re paying for. So if any, Bad Boy, Hayabusa, whatever’s out there, they’re looking for that prime spot. Of course they can do stuff outside the Octagon, but they’re going to make their big money inside the Octagon, that’s where they get the most viewers.”