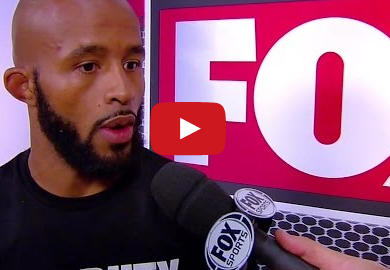 UFC flyweight champion Demetrious Johnson proved once again why he’s not only the best flyweight in the world, but why he’s one of the pound for pound best in the world as well by defeating Chris Cariaso via submission in the 2nd round.

After the bout, McGregor joined Ariel Helwani to discuss what went down.