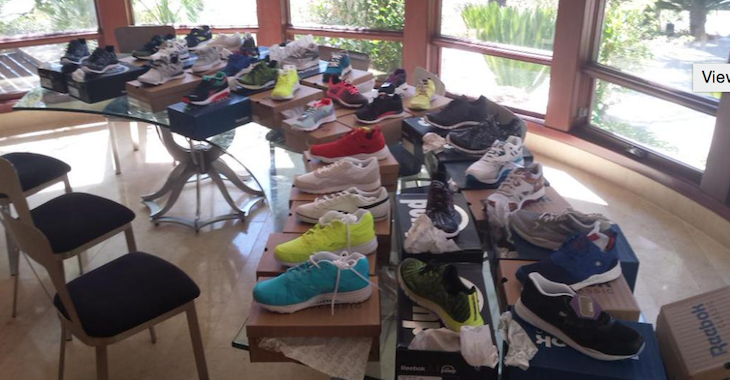 Look what the cat dragged in. Looks like the Mac Mansion is still in full effect and someone’s getting massive care packages from Reebok!

UFC interim featherweight champion Conor McGregor is still staying in the ridiculous house, even after defeating Chad Mendes at UFC 189.

One of the members if his training camp snapped this photo of a ton of shoes that UFC sponsor, Reebok, sent over to the house.

At least someone’s happy about the Reebok deal.