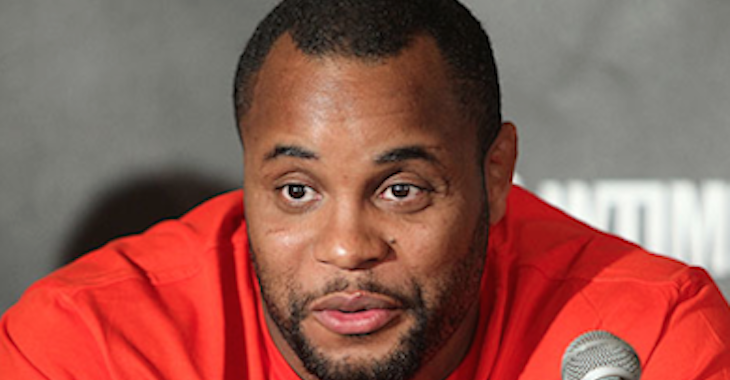 UFC light-heavyweight champion Daniel Cormier just won the title and already has a challenger lined up, only it’s one he didn’t expect.

Cormeir, like plenty of fans, expected to fight Ryan Bader simply because he was the only one that logically mad sense.

Well, as we know, sometimes logic doesn’t get you a titles shot. Instead he will face Alexander Gustafsson, who is coming off of a TKO loss to Anthony Johnson. Here’s what Cormier had to say to FOX Sports.

“I kind of had an idea. Just because if the Bader thing was going to happen, we would have got some traction or some wind of it. I kind of started looking at the rankings like what could they possibly do if it’s not going to be Bader?

“I just beat ‘Rumble’ so obviously I’m not going to face ‘Rumble’ again, but honestly Gustafsson didn’t come to mind because of the way he had just lost so I thought it has to be Ryan. All logic said it was going to be Bader, but sometimes things don’t work out the way you expect them to I guess.”