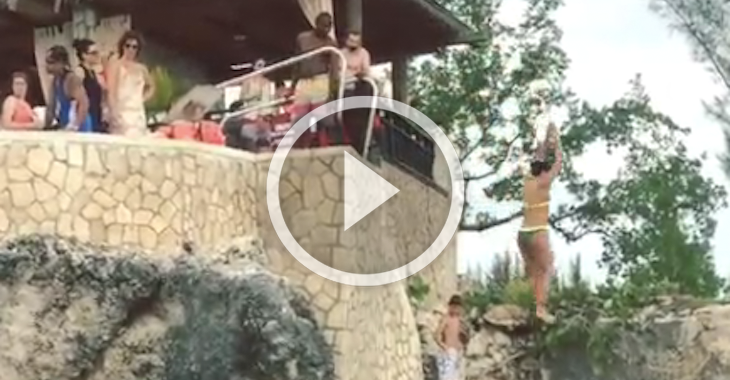 Even when she is away from the octagon, Carla Esparza is looking for a way to get some thrills! Esparza may have just lost her UFC championship, but she is not letting that get her down as she dives off of a cliff!

Carla Esparza recently lost her UFC Strawweight Championship at UFC 185 when she got dominated by Joanna Jedrzejczyk. If the two were to fight again, would you give Esparza a better shot?

Got to do the high cliff jump at Ricks Cafe!! Key is, don’t think about it just do it! #nofear #rickscafe #jamaica #justdoit #cliffjump