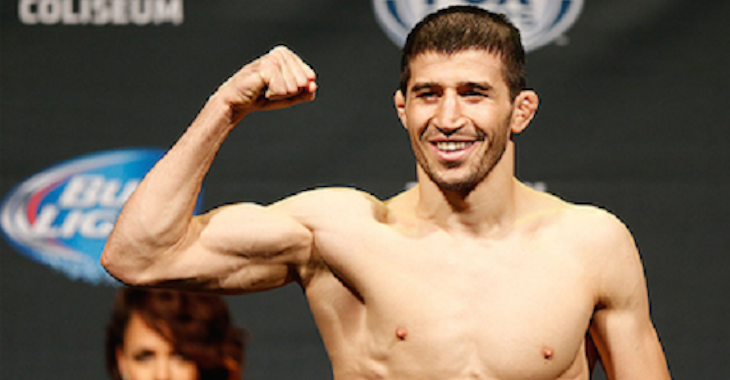 A lightweight bout featuring Rustam Khabilov taking on Danny Castillo is the latest addition to July’s UFC on FOX 16 card in Chicago.

FOXSports.com was first to announce the booking yesterday afternoon.

Castillo and Khabilov were originally slated to fight at January’s UFC 182 event in Las Vegas, but visa issues kept Khabilov from making the trip to Sin City.

Danny Castillo (17-8 MMA) remained on the UFC 182 card, but probably wished he hadn’t. “Last Call” suffered a knockout loss to Paul Felder that evening in Vegas via spinning back fist. The loss marked Castillo’s third in his past four fights, with his lone win in that time coming over Charlie Brenneman via knockout.

Meanwhile, Rustam Khabilov (17-3 MMA) will be looking to put an end to a two-fight losing skid when he locks up with Castillo in Chi-town. The 28-year-old Russian suffered a split-decision loss to Adriano Martins in his most recent octagon appearance. Prior to that, “Tiger” was submitted by former UFC lightweight champion Benson Henderson in June of 2014. The loss to “Bendo” snapped Khabilov’s impressive six-fight win streak.