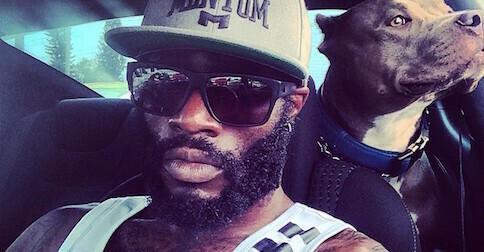 It’s a challenging task for any fighter to climb the ranks and earn a title shot. Then, it’s even more difficult to win and keep winning in order to stay the champion. When a fighter loses the belt it’s up to them to come back and earn a couple of wins  to get back to the title. For Bellator MMA’s featherweight fighter, Daniel Straus, that trek back to the top lasted all of 50 seconds.

Straus won the featherweight belt back in September 2013 when he defeated Pat Curran via unanimous decision. Unfortunately for Straus, he lost the title in the rematch between the two men, when Curran submitted him in the final round with only 14 seconds left. Straus returned to action in October of last year when he knocked out Justin Wilcox in a staggering 50 seconds. That performance earned him a chance to fight for the gold once more. This time against the new featherweight champion and another fighter he’s already gone up against, Patricio “Pitbull” Freire.

Straus talked to BJPENN.COM Radio this past Sunday and made it clear that he’s counting down the seconds until he enters that cage, “I’m ready to go brother,” said Straus who will fight in the main event at Bellator 132 on Jan. 16 at Pechanga Resort & Casino in Temecula, CA.

“I feel like I own that thing. I know I only had it for a quick second,” admitted Straus, “but I know where I belong. It’s definitely at the top of the 145 division in Bellator. I’m just going back in there to continue to prove to everybody where I belong. This fight is big, it’s going to be a big fight, it’s going to be a good fight. I just can’t tell you enough how ready I am; I shake at just the mention of fighting him. I’m more than ready to get to it.”

A lot of fighters look to avenge losses on their records, but Straus, who lost to Pitbull back in 2011, isn’t concerned with getting revenge and said he doesn’t spend a lot of time thinking about it that way.

“I don’t think about that. I just move forward with my career. Every time I’ve lost to an opponent I’ve got nothing but better. We fought three years ago and we both have grown since then. Fighting him now is going to be different and it’s going to be a better fight.”

“He’s improved as a fighter, I’ve improved as a fighter. He’s done his thing in the tournament in Bellator, I’ve done my thing in the tournament in Bellaltor. Since than we’ve both become world champions. The only difference is now we’re facing each other again and I just really want it more. I’ve tasted how good it can be and I’ve tasted bitter sweetness and like I said, I’m ready to get back on that horse and ride out.”

Make sure you check out the full interview with Daniel Straus HERE!.