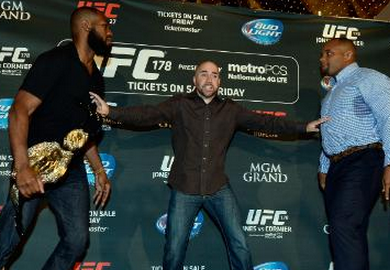 Yesterday during the UFC Ultimate Media Day brawl between Jon Jones and Daniel Cormier, a media event that will go down in infamy, we could briefly see a shoe flying through the air as Cormier was being dragged away.

As it turns out, the shoe belonged to Daniel Cormier, who was aiming for Jon Jones, but ended up hitting Heidi Fang of MMA Fight Corner.

Thankfully Fang was unharmed by the flying shoe and even made a joke about it on her personal Twitter.

So now I know who threw the shoe…