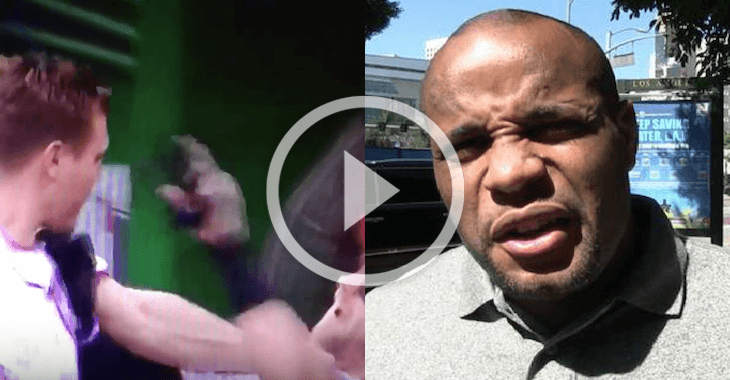 UFC light heavyweight champion Daniel Cormier is gearing up for his first title defense, against Alexander Gustafsson, at this Saturday’s UFC 192.

In his last fight, Cormier took out Anthony Johnson to win the vacant 205 title. The fight this Saturday will pit both him and Gustafsson against each other to see who will come out as the champ and potentially fight former Champ Jon Jones next.

Ahead of the fight, TMZ Sports caught up with Cormier and asked him about a scrap that took place out of the octagon and in a different sport entirely.

During a recent MLB game, Jonathan Papelbon and Bryce Harper, who both play for the Washington Nationals, got into it in the dugout, choking and pushing each other.

They asked Cormier if he had seen it and what his thoughts were on the tussle. Cormier laughed about it, poking a little fun at the players when he was asked about the technique. He did however give them an “‘A’ for effort.”