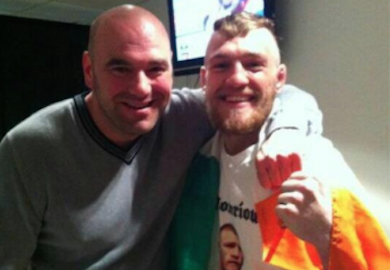 With the recent introduction of UFC Fight Pass, one cannot help but notice the increase in UFC events and content as of late, and it’s just the beginning.

We already have two shows scheduled for the same day in May, and a weekend double-header featuring events on Saturday and Sunday at the same venue.

The UFC is growing and if you aren’t continually plugged in, you’re going to miss out.

Part of this massive influx of UFC programming is the companies effort to expand globally. The UFC has a new model going into international markets and Fight Pass allows them to still cater to their bread and butter in the U.S.

UFC front man, Dana White broke down the progress of their growth during a recent media scrum:

“When people talk about too many fights, yeah, maybe there’s too many fights for the Americans – not in Europe, not in Australia, not in a lot of these other countries that are starving for it.”