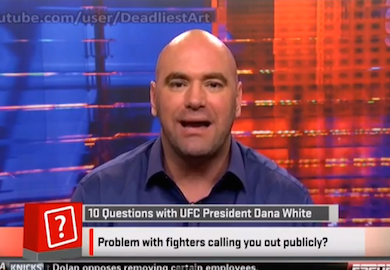 Fresh off the suspension of Dennis Siver for banned substances and the UFC is already crying, VICTORY!

With the war on Performance Enhancers waged, UFC President Dana White told ESPN yesterday that his company has been cleaned of this problem, proclaiming victory in the war on PED’s.

“You know, PEDs have been cleaned up in the UFC. What people don’t realize is that the rule used to be that when commissions would test the athletes they’d do the main event, and they’d have a couple of random tests. We’ve been testing everyone on the cards.”