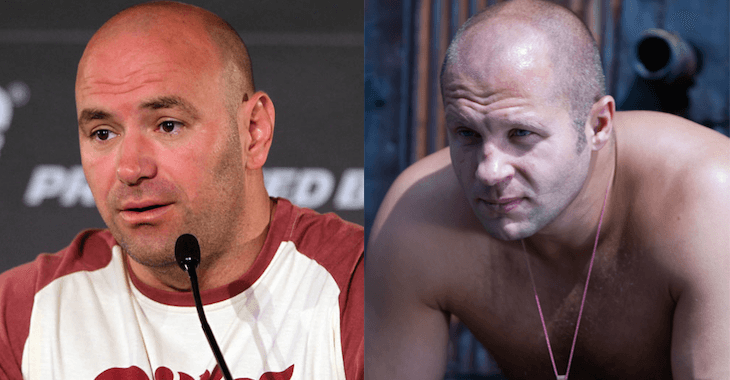 Fedor Emelianenko rocked the mixed martial arts world when he announced he would be making his return to the sport in July. His relationship with Bellator’s Scott Coker lead many to assume that “The Last Emperor” would be signing with the Viacom company, but Coker has since let it be known that Fedor will not be gracing their cage anytime soon.

Emelianenko fighting in the octagon is something fight fans have wanted to see for a long time and it may actually become a reality. An unverified account which posts pictures of the former PRIDE Heavyweight Champion recently shared a photoshopped picture of Fedor standing next to the UFC banner, with the caption “Soon”. What do you think? Is Dana White trolling the internet again or is Fedor actually coming to the UFC? Share your thoughts in the comment section below!