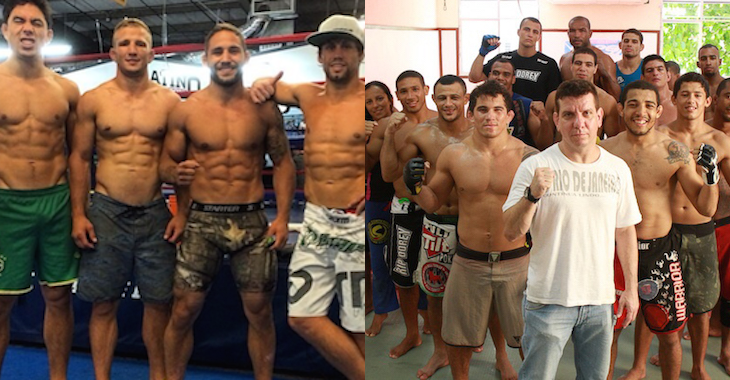 “I think there are a lot of great rivalries in gyms. This is actually ‘Team vs. Team’. There’s a whole different dynamic to it. There’s a different energy to it. It’s definitely a possibility. We’ll see how it plays out.”

Dana White’s statements added some fuel to the fire that is the rivalry between Team Alpha Male and Nova Uniao.

Jose Aldo and Urijah Faber have both expressed interest in having their camps compete against each other if there is another season of the ‘Team vs. Team’ format of “The Ultimate Fighter”. When asked about the possibility of it happening at today’s post fight press conference, White stated that it was a possibility.

If this season of “The Ultimate Fighter” does well, we may just see Nova Uniao and Team Alpha Male going at it.