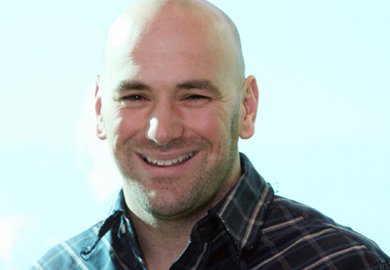 With all the talk on performance enhancing drugs and the testing of said PED’s in the highlight of our sport, UFC president Dana White, along with the rest of the organization, have their hands full in keeping their sport as clean and fair as possible.

With that said, White is shown here in an interview with reporters at the MGM Arena, White discusses several hot topics in MMA including a rant on BALCO founder, Victor Conte. Conte was charged with supplying various athletes across several sports with PED’s.

Here, White uses some choice words to describe Conte in the best way he saw fit:

“F— Victor Conte. That guy’s a lying two-faced piece of s—. I can’t stand that guy. You’re the biggest cheater in the history of the f— sports world, and now because you can’t make a living cheating anymore, you want to flip to the other side and start calling people out and pointing fingers?”

As for the recent push for random drug testing among MMA fighters, with some fighters use of the Voluntary Anti-Doping Agency (VADA), White explains why random testing might not be the best idea:

“So I can guarantee you this. Forget about PEDs. If we get into this random testing you guys are talking about, you know how many guys would probably test positive for marijuana? It would probably be off the charts. So if you randomly tested and this came out, they give the same exact suspension as it is for PEDs.”

While criticizing other sport’s policy on drug testing, White discusses why testing positive in the UFC yields the worst punishment:

“Marijuana, cocaine, any other drugs that’s out there, this guy gets tested. And there’s no penalties out there like our penalties. Our guys have to, or you lose the ability to make a living for a f—— year.”

For the latest MMA news visit BJPENN.com
This article appeared first on BJPENN.COM