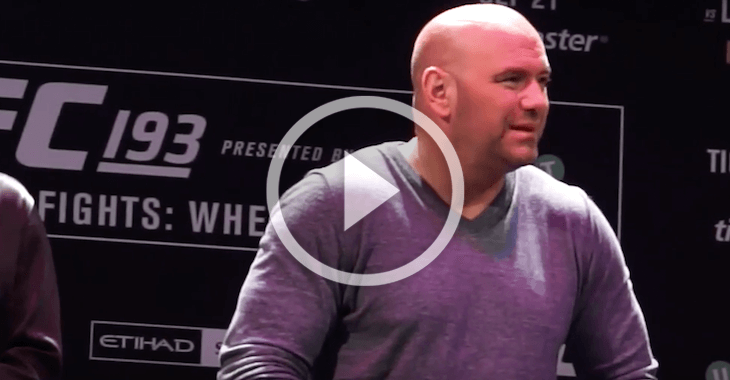 Former UFC fighter Chael Sonnen sometimes says things that seem to good to be true. For example, on a recent episode of his podcast, while talking to heavyweight Frank Mir, Sonnen claimed that the UFC were currently working on putting together a fight between Anderson Silva and Fedor Emelianenko.

White, at a recent Q&A, was asked about Sonnen’s claim and denied it. He talked about signing Fedor and said it’s always been a weird situation and we’ll see what happens.

Hmmmm. Who do you believe, Dana or Chael?