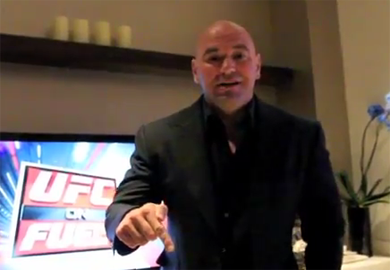 “[St. Pierre] is lumped up. He’s sore. He feels like he just got hit by a bus, I’m sure. He hasn’t fought in 18 months. I’ll make this fight,” said White. “We’re going to sit down with Anderson, probably in the next two weeks, and I’m sure we’re going to sit down and talk to St. Pierre and his team, too. Who knows? Maybe we go into this thing, and St. Pierre says, ‘Absolutely not,’ but I just don’t see that happening.”

Following UFC 154, UFC president Dana White announced that the Silva vs. GSP fight is on, as long as he has anything to say about it.

Can the UFC president really get the two champs to square off?