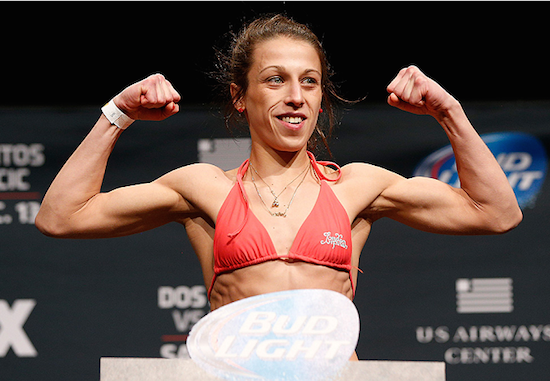 Last night on the preliminary card of UFC on FOX 13, Joanna Jedrzejczyk and Claudia Gadelha went a full three rounds to a razor thin decision that saw Jedrzejczyk given the nod by 2 of 3 judges.

UFC President Dana White said the bout served as a #1 contender bout for Carla Esparza’s UFC strawweight championship that she won the night before at the TUF 20 finale.

“I love the way this girl fights. I love her striking. That was one of those fights that, people were asking me if I thought she won. I’ve got no problem with her winning, and if they raised Claudia’s hand, I’d have no problem with it. That’s how close that fight was. It was a super close fight. And yeah, we hung out and watched (the main card) tonight – and yeah, she’s probably going to get the next shot.”