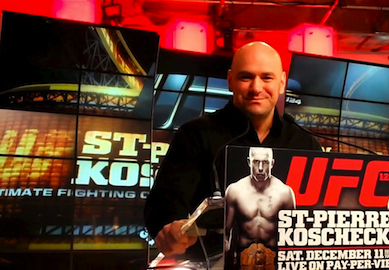 “I think we’re starting to get there (mainstream) now.I don’t think we’re mainstream yet. I really don’t. I know people disagree with me when I say that. But I think we’re starting to be looked at as one of the major sports now. If you look at what we’ve done on television, it’s pretty amazing, and our live events, what we do at venues. It would be tough to not call us one of the major sports. To me, mainstream is when you walk down a street in any city anywhere and everybody knows what you are, and we’re not (there yet.)”

On a recent media call, UFC President Dana white revealed that while he doesn’t believe the UFC is mainstream just yet, he does feel that the sport of Mixed Martial Arts, branded by the promotion is one of the Major global sports.