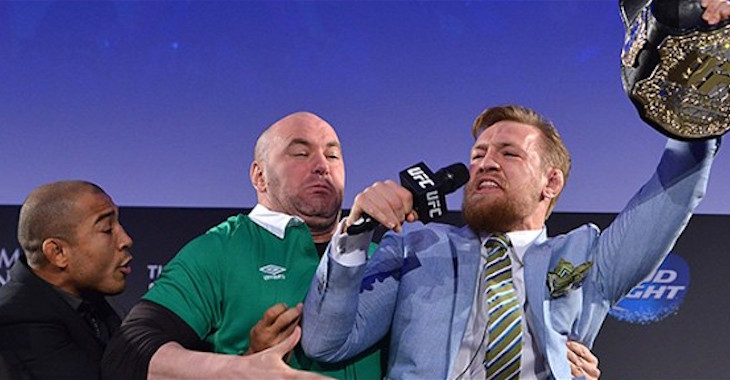 Floyd Mayweather Jr. vs. Manny Pacquiao was not exciting, let’s except that and move on…to UFC 189.

If you are a fan of MMA chances are you agree with the above statement. Are they two of the best boxer of our time, sure, but the fight was not ‘exciting’. That’s why we love MMA, even fights on the prelims have the good chance to be show stealers. UFC president Dana White is hoping his main event at UFC 189 will deliver on that sentiment and be what people wanted to see from May/Pac.

White spoke recently to the media ahead of UFC 187 and had this to say.

“[Aldo vs. McGregor] might be one of the biggest fights we’ve ever done globally. Without a doubt the biggest campaign we’ve ever put on for a fight.”

“What we want is this thing to be is everything Mayweather vs. Pacquiao was not. There’s no doubt Conor McGregor will go after Jose Aldo. That’s when Aldo fights his best. No way this will be a boring fight. It’s stylistically impossible.”

What do you think, will the fight deliver? It’s hard to think that it won’t, but hey, hype has tricked us all before.