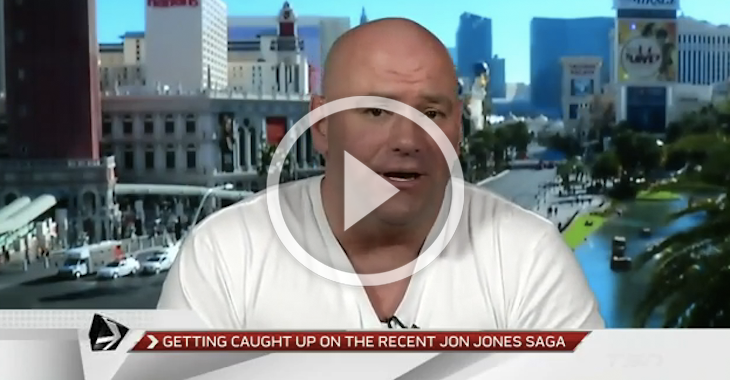 In April, Jon Jones allegedly caused a three car accident that caused the injury of a pregnant woman driver who suffered a broken arm. Jones then apparently fled the scene after grabbing a handful of cash. Days later, Jones was stripped of his UFC Light Heavyweight Championship and suspended.

Dana White appeared on “Off the Record” to clear things up and shed some light on the recent developments of Jon Jones’ situation and relationship with the UFC.