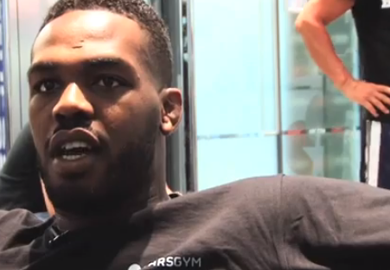 “I think Jon Jones is one of those guys that gets a bad rap from everybody else too [like Mayweather] saying he’s too big for that division, he doesn’t deserve to be there, he should be in the f***** heavyweight division. If the guy makes 205 he’s a light heavyweight, okay? And all the criticism on how big he is… well now he’s fighting a guy who’s just as big as him, and has great stand up, has the reach, the leg reach, all the things that people have said that Jones always has over his opponents, this guy’s gonna have too. Which makes it very interesting. Jon Jones comes off as a heel because people don’t like him. For whatever reason people don’t like him, you know I don’t think it’s a black or a white thing. I think it’s something about his personality that people don’t like.”

UFC President Dana White recently told the telegraph why he thinks fans have a hard time identifying with the light-heavyweight champion, Jon Jones.

Do you guys agree?