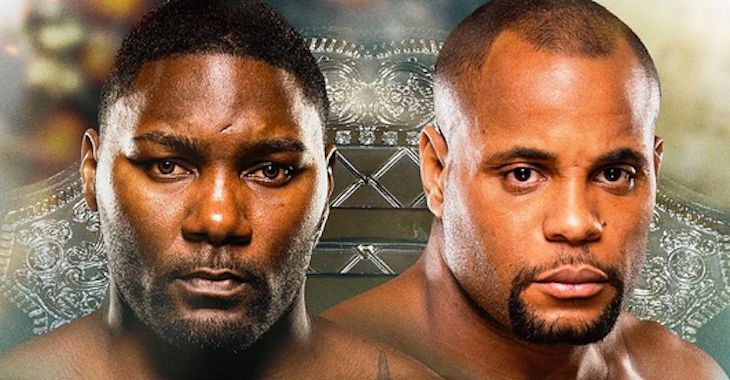 UFC announced a game-changing matchup to one of the title fights at UFC 187 on Tuesday: Daniel Cormier and Anthony “Rumble” Johnson will be fighting for the vacated championship.

With Jon Jones on the sidelines after getting stripped of his belt and suspended, Dana White and officials made the choice to give Cormier a shot against Johnson. While he was on UFC Tonight, White explained the logic behind the matchup. He stated, “Anthony Johnson just beat Alexander Gustafsson and Daniel Cormier went five rounds with Jones. So it’s number one vs. number two, in my opinion.”

Do you think the right guy got the title shot?