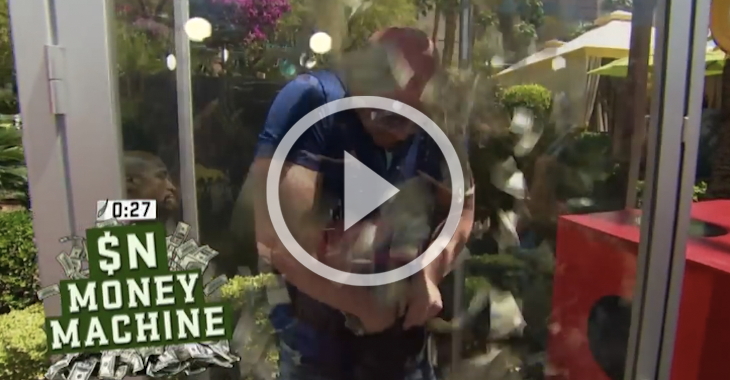 UFC President Dana White makes it no secret that he would have it made if he decided to retire from the business tomorrow. So when White steps into a box full of money that whirls around him, he can take whatever money he grabs and give it to the closest fan! White was a guest on SportsNation and won a lucky fan a lot of extra cash in this segment.