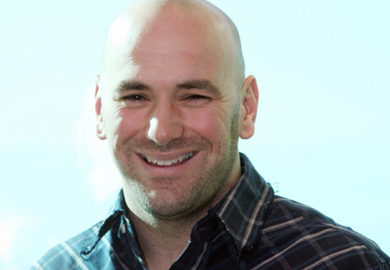 “I love what [Liz Carmouche] did. I know I have the big ‘homophobe’ persona and people think I’m some homophobe. I’m the furthest thing from it. i think its ridiculous its 2013 and the government tells two people they can’t marry each other. Who is the government to tell two people who say they love each other they can’t be married? It’s ridiculous.”

UFC president Dana White dishes out his opinion on employing his first ever openly gay fighter in Liz Carmouche.

Liz makes her UFC debut at UFC 157 where she will challenge Ronda Rousey in the main event on pay-per-view.