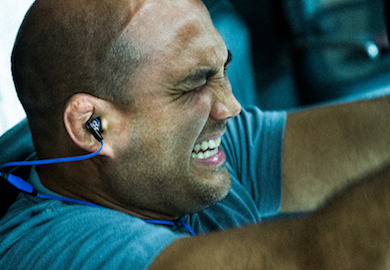 A few weeks ago we announced that BJ Penn will be returning to the cage as the UFC’s latest addition to their featherweight division.

Having contested his last four-bouts at 170 pounds, MMA fans and pundits have been wondering how the former two-division champion will handle the cut down two weight classes.

With ‘The Ultimate Fighter’ season 19 taping underway, the UFC boss has had time to assess BJ’S weight cutting progress and he told the media that Penn, who has enlisted Mike Dolce in advance, is nearly there already!

“First of all, everyone is questioning his weight? He’s almost there now. Wait till you see how skinny he is, it’s crazy. BJ is one of those guys, once he sets his mind to something this is what he’s decided to do. He believes he’s going to rip through these guys and win that title and I love that. That’s what I want guys here for. That’s why when the older guys try and come back, I ask ‘why?’ You’re at this age, you’ve accomplished so many things, look what BJ Penn has accomplished. BJ Penn built the 155 pound division at a time when people used to go, ‘Oh those guys are too small, we don’t want to see the small guys fight. Those guys will never be a pay-per-view draw.’ BJ was one of the biggest PPV draws in the UFC at the time.”